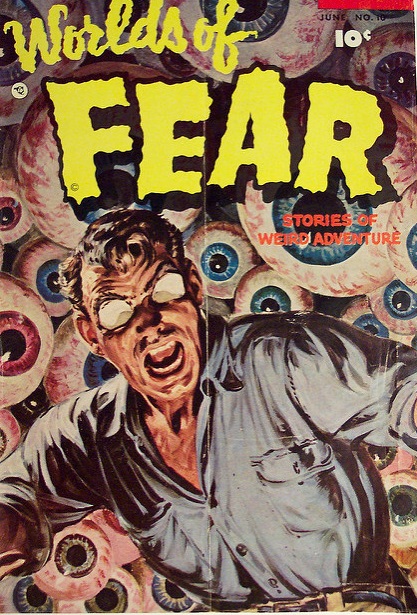 Spent the past four days at the #PNWA writer’s conference and it was an experience. I’m doing all the thinking about how to unpack everything I learned. SO MANY things. I plan to do an overview of the conference and thoughts in another post, but this post right here is a deep dive into the nuts-and-bolts in-person process of pitching an agent or editor.

There are a ton of resources for how to write your pitch. Tomi Adeyemi in particular has an excellent post How to pitch a literary agent in 5 easy steps on her website and I can’t recommend enough giving it several reads to work up your pitch BEFORE the conference. Like, way before.

So let’s break down the process of getting that pitch before the agents and editors. Now, this was my first writer’s conference, I can’t say for sure that all conferences are run the same way — they probably aren’t. BUT the PNWA conference is a biggy for the Pacific Northwest, there were some heavy hitter authors and agents there, so I’m going to guess that you’ll find something similar at other conferences.

First off, if there is a panel with the agents/editors talking about what they are looking for, GO TO IT!!!!! Take tons of notes, if you have questions that are general to pitching and they take questions, well, it goes without saying and I’m saying it anyway, ask them. If nothing else, it will let you see that the “gatekeepers” are people too. Right?!?! We know that, but still, it helped me enormously to hear them speak, to get a feel for who they were, if only a little.

Second, if there is a pitch practice session, GO!!!! Our pitch practice had groups of six to seven with a writer mentor at each table to sheepdog us along practicing our pitches. We filed them down, catching last minute mistakes. It is worth the price of admission to hear other pitches and find ways to improve your own. Get in there my fellow introvert friends and build the beginnings of some new writer friendships.

The PNWA conference had us signing up for pitch blocks well in advance of the conference. Check out the agents listed to see who would fit with your manuscript and choose that block. When I showed up to the conference there were still some spots left for people to buy…but they filled up quick. If your conference comes with a pitch block, register early.

AND I chose the last pitch block of five thinking that I’d get to the agents last to make that last impression. I now think that I would go for the very first block. Get them when they’re fresh. Most agents did all five blocks over three days and friends, it looks exhausting. And I can completely understand. That isn’t to say that you won’t get anything if you do go last. I pitched to three agents and had two requests. YAY! But the later in the conference pitch block means sometimes (not often, but there were a few who looked super worn out) getting a tired and jaded audience. It’s something to think about.

But Trace, what about the pitching? How in the hell does THAT work? Okay, I’m getting to that. It’s…weird. Like speed dating meets Thunderdome meets the DMV.

You line up–an hour before your pitch time. A half hour before, we were ushered into a waiting room to stew. Talk to those writers you’ve meet while you wait. Keep your spirits up ’cause you are in for the strangest waiting in line you’ll ever do.

A volunteer came in to tell us the rules and describe the set up (I’ll get to that in a moment) and then set us loose. Friends, this was the only part of the conference I didn’t like. And in the defense of PNWA, many people who attended in past years said it was unusual to have a huge group push to the front and rush out of the waiting room to get to the pitch room. People elbowed their way to the front to get into the hall first. It was…rude.

Here’s the thing guys, were all in this writing thing together. We had ninety minutes to pitch, we don’t need to be assholes. okay? There were only a handful of people like that but I want you to be prepared for a little crazy on the way to getting into the pitching lines.

It’s a long ballroom. Picture a big rectangle with all the agents and editors sitting at a phalanx of tables all the way across. They are about three feet apart and sitting in chairs. There were name tags high on the wall above their heads and in front of them. But remember, you went to the agent panel earlier in the conference so you know who you are going to talk to and what they look like in person. About twenty feet in front of them was a line of blue tape that ran the length of the room. People lined up behind the blue tape in front of each agent to to wait their turn.

Now, here’s where it gets weird; because all you’ve done to this point is obsess and practice and work yourself up and the agent is RIGHT THERE and all you can do is wait. There isn’t really any talking, it isn’t allowed. The only people speaking are the agents and the writers making their pitch. And it gets loud.

Depending on  your conference, there are different amounts of time that you get to pitch your book. At PNWA, you get four minutes. Think about that. Four. That’s a blink. This is why I said you have to have your pitch practiced and ready to go and no more than about a minute long. You need to give the agent time to ask you questions so they can figure out if your book is something they might want.

So, You’ve waited your turn and  the person in front of you goes and you are on the line, watching the other agent interactions going on, rehearsing your pitch in your head, feeling the pressure to not fuck it all up and then they say, “Thirty seconds”.

And there are volunteer writer-bouncers patrolling, making sure you don’t cross the line, watching for writers loosing their cool.

Then they ring a bell and it’s your turn to speak. You pick up your stuff, cross the space behind the tape to the agent, shake their hand and sit.

For two of the agents, it felt half like an interview and half like a chat with a friend at a coffee shop. You ABSOLUTELY feel the pressure of time and that “thirty second” reminder is–well, it gets the heart beating. And the volunteers who are patrolling, when that bell goes off they will tap you on the shoulder and tell you to get up if you haven’t gotten moving fast enough. I got a very nice get your ass moving, sister reminder from one fellow when I was stuck in my chair waiting for an agent to hand me the card she was writing instructions on.

Know that everyone is trying to keep things moving swiftly and that they have the best of intentions. You will suffer the pressure, but BE NICE!

Let’s talk about the yes and the no. Like I said, I talked to three agents. My first pitch started rough, I was nervous…she mentioned it in a whoa…calm down sort of way and we got through. They ask hard questions too. Prepare yourself. Tomi Adeyemi mentions this in her blog, think about your answers to her listed questions. What was your inspiration? What are the stakes? (Every single one of them asked me this. Which meant I didn’t do a good enough job of showing stakes in my pitch. Which I revised on the fly.)

Second agent. Okay. let’s talk about your gut and listening to it. Getting an agent is about creating a relationship. Many authors at the conference spoke of it being like a marriage. You spend lots of time working with your agent, giving them your heart and soul book-babies. You get that book out into the world together. You have to have trust them. You might not be friends in the beginning, but you do have to like this person. This is why the agent panel before pitching is super important. It gives you s sense of who they are. And I had a sense of who this second agent was. Not really a good fit for me. BUT, she’s got huge clients and an impressive track record. That’s great, but there wasn’t any chemistry between us and I knew that going in. And tried anyway. Let’s put it this way, you know how you know that a person is attractive but definitely not your type and that it wouldn’t work.? That’s how I felt, but I ignored it. It’s something to think about.

So. the second agent was bored straight out the gate. Remember how I said the last day might not be the best idea? Well, I knew she would say no the second my ass hit the chair. How to put this, four minutes felt like a very long time. She had some thoughts. They were spot on and delivered in a condescending, rip the band aid off sort of way. It think it was kindly meant and I can take criticism.  I’m going to chalk that up to her having a long day and me bungling my pitch (remember what I said about outlining the stakes?), whatever. I’m telling you this not to judge this particular agent, but to let you know that while I had two sunny, shining, interested souls, there will be the possibility that the next agent you talk to will not be receptive AT ALL.  And that isn’t your fault.

You still have to listen to them. I used my four minutes with her to ask what I’d done wrong, what I could do better. And while her tone was distant and, well, bored, I took a minute after we talked to process and she wasn’t wrong. At least, not about the important parts.

All of the people I ran into were open and helpful and wanted so much to share and pull you along. The authors who did panels answered endless questions to help us out. They gave tons of advice. Candid advice that was honest and dove deep. Don’t believe for a second that I want you to leave this post thinking, I won’t pitch, that one agent sounds scary.

Because I don’t want you to quit.

Pitching in person is tough and makes you think about your story in ways you hadn’t. It puts your book baby in front of a complete stranger who will look you in the eye and say no. And there is nothing you can do about it. Except. Go back, rethink, try another agent. Try again. The craft of writing and pitching is throwing yourself against the rocks and getting stronger, beating out all the extra crap until you find and refine your story down to its most essential.

If you get a chance to pitch an agent in person it will terrify you.

But you should absolutely do it. Because remember, the agents and editors, they need us. They need our stories to do what they do. Never forget that.